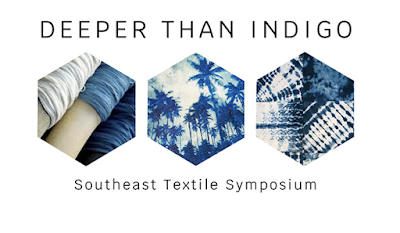 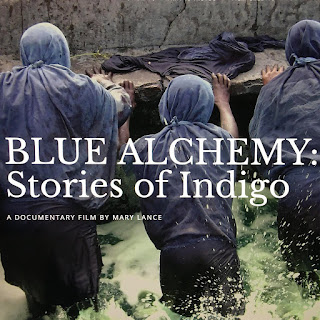 The documentary Blue Alchemy: Stories of Indigo
by Mary Lance was part of the programming for the symposium.

The title BLUE ALCHEMY refers to the magical process by which indigo-dyed textiles, which look dull green in a vat, emerge into the air and are transformed to a vivid blue. Making the dyestuff itself involves transformation. Green plants are soaked and fermented. The liquid is beaten into a foam and drained, producing the indigo dyestuff. Indigo’s place in the world has also undergone a transformation. From its historical association with slavery it has emerged as the means by which people are improving society or maintaining their cultural traditions in a changing world. 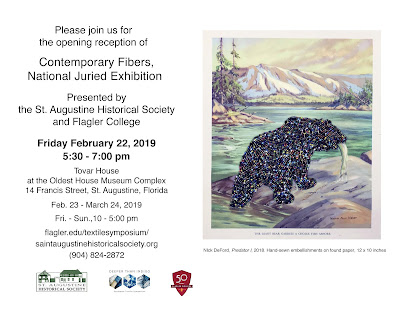 Posted by Laura Mongiovi at 2:20 PM No comments:

Color: A Natural History of the Palette 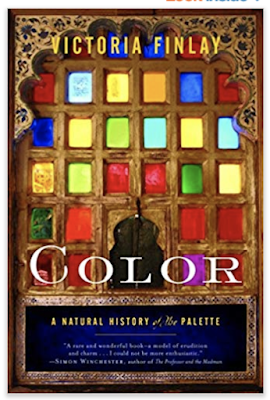 I first posted this book back in 2010.
Re-posting as I have been talking about the book lately during my artist talks.

Link to author's website below:
https://victoriafinlay.com/
Posted by Laura Mongiovi at 2:11 PM No comments: 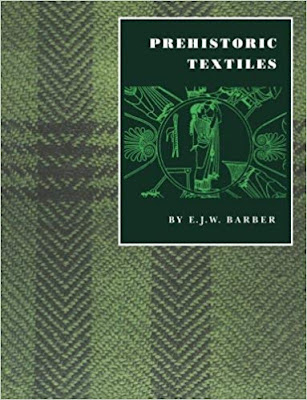 Posted by Laura Mongiovi at 1:31 PM No comments:

The Jacket from Dachau: Maps and Infographics 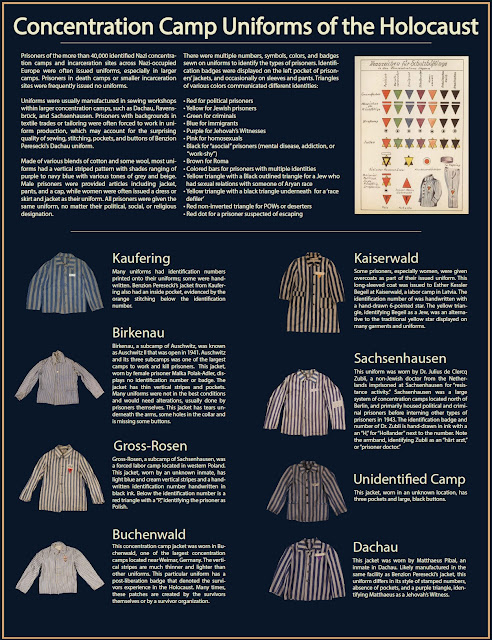 All graphics were originally produced by the curatorial team; they contain images and research (with permissions granted) ​from USHMM, Yad Veshem, Jewish Virtual Library, The Simon Wiesenthal Center, the Anti-Defamation League, and the Encyclopedia of the Holocaust (1990​; I. Gutman, ed.). Information and data in the infographics were fact-checked by Dr. Geoffrey Megargee of the USHMM. For more information,
contact Dr. Cary Lane.

The Jacket from Dachau: One Survivor’s Search for Justice, Identity, and Home
Survivors of the Holocaust frequently attribute their ability to avoid death to one main variable: luck. For Benzion Peresecki, the 15 year-old son of a delicatessen owner from Radviliškis, Lithuania, surviving the Holocaust was indeed fortunate, but came at an immense cost.
Within a span of 10 years, Benzion’s father died from a stomach ulcer, his brother was murdered by the Nazis, he was forced into a ghetto, and was imprisoned, beaten, and subjected to forced labor at the Dachau concentration camp. After liberation, Benzion spent five years in a displaced persons camp with his mother, Chiena, who herself survived a death march at the Stutthof concentration camp.
After immigrating to the United States, Benzion fought to re-establish his identity, find justice for his family’s suffering, and create a new home. Throughout his postwar years, no matter where he lived and how many times he moved, he always kept his jacket from Dachau.
Benzion never explained to his family or friends why he brought the jacket with him to New York; in fact, he never told his children that it even existed. However, keeping his jacket is consistent with other resilient actions on his part: his immigration to the United States; his search for a new, meaningful identity despite underemployment and several iterations of his name (he formally changed his name to “Ben Peres” soon after his immigration); his courage coping with the emotional and psychological stress from his traumas; his tenacious search for justice through a decades-long reparations campaign with the German government; and, his determination to support his wife, mother, and two children in New York.
On July 4, 2015, Ben’s jacket, which had been in his closet for 65 years (and 37 years after his death), was discovered at the estate sale of his home in Bellmore, Long Island by a vintage clothing collector named Jillian Eisman. Ms. Eisman’s grandfather served in the Soviet army during World War II, and her brother was killed on 9/11; so, she immediately recognized the jacket as an object of pain, understanding, comfort, and reflection with which the public should engage. She subsequently donated the jacket to the Kupferberg Holocaust Center to ensure that students and the broader community could view the jacket and understand its significance.
New York, a city of immigration, determination, tragedy, and perseverance, also plays a role in this story. Ben and his mother lived and worked in Brooklyn, the Bronx, and Manhattan after their immigration. They also both received medical treatment from several New York doctors for physical and psychological injuries sustained during the Holocaust. In 1968, with modest reparations payments awarded by the German government more than 20 years after their liberation, Ben and his mother, Chiena, along with his wife, Chaya, and two children, Lorrie and Michael, were finally able to buy a permanent home in Bellmore, NY. Ben lived there until his death in 1978.
This exhibit was compiled from over 1500 documents, films, and photographs left by Ben Peres and his family that contextualize his search for justice, identity, and home after he was torn away from his Lithuanian home. The curatorial team for the exhibit included Queensborough’s own students and KHRCA interns: Peter Bandziukas, Kaitlyn Cicciariello, Gillian Farnan, Abigail Jalle, Alejandro Leal-Pulido, Daniel Nussdorf, and Nitya Ramanathan.
We encourage you to visit the reflection area in the gallery and in the online version of the exhibit, both of which are structured to document your own responses to this compelling story.
―Cary Lane, Ph.D., Curator-in-Residence, KHRCA, Assistant Professor of English
―Dan Leshem, Ph.D., Director, KHRCA
We would like to acknowledge and thank Marisa Hollywood, Assistant Director of the KHRCA, Yad Vashem, the United States Holocaust Memorial Museum, Dr. Geoffrey Megargee, Dr. Saulius Sužiedėlis, Jillian Eisman, Sam Widowsky, the USC Shoah Foundation, Kat Griefen, Lorrie Peres, and Michael Peres for testimonies, historical information, fact-checking, documents, images, and films that helped contextualize the artifacts in this exhibit. We also wish to thank Henry Schein, Inc. and Henry Schein Cares for their invaluable mentorship and support.

Posted by Laura Mongiovi at 9:13 PM No comments:

Posted by Laura Mongiovi at 9:51 PM No comments: