I am working on a piece of felt I dyed awhile back. Whenever I make a dye bath for a specific idea, I throw in other fabrics so as not to waste the bath. The result is a collection of dyed fabric. The collection is necessary as a large part of my process is about searching and re-discovering. The dyed fabrics are like revisiting a sketchbook for me.

The piece measures approx 14" across and 72" in length. Here are a few details . The purple is a synthetic store bought fabric. I am using metallic and silk threads to sew on the felt which is a washed out neutral of violet and yellow. The silk thread has a luster to it that I like because it reminds me of body scars when I sew it in an obsessive line. 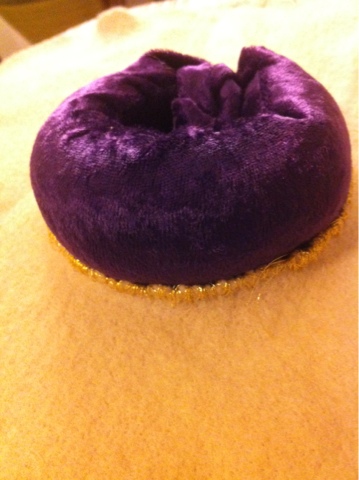 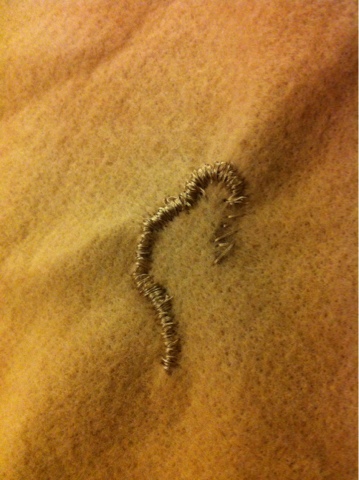 Posted by Laura Mongiovi at 7:37 PM No comments:

Made this little piece over the summer. It was bisque fired in September and I finally picked it up from the clay room the other day. Russell says to glaze it pink. I agree. 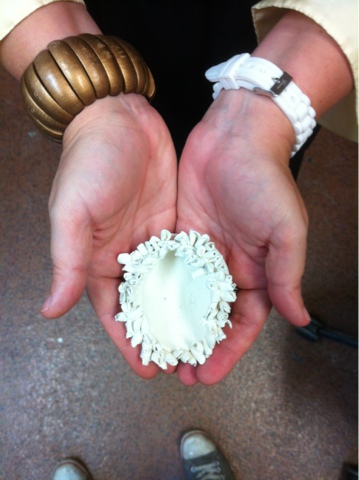 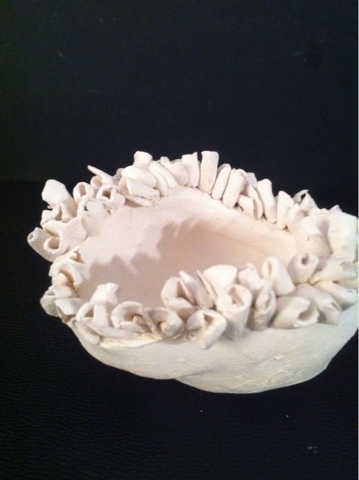 Posted by Laura Mongiovi at 12:06 PM No comments:


Posted by Laura Mongiovi at 11:05 PM No comments: 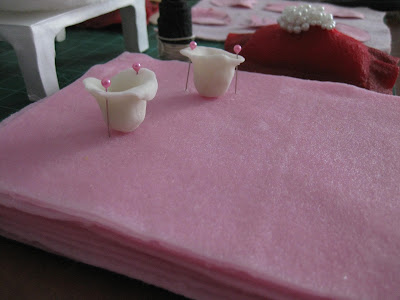 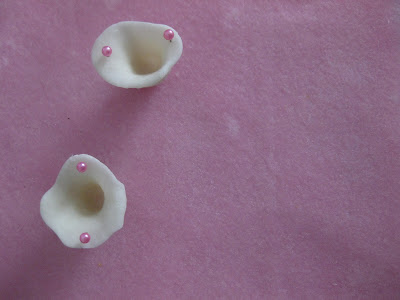 Posted by Laura Mongiovi at 6:04 PM No comments: 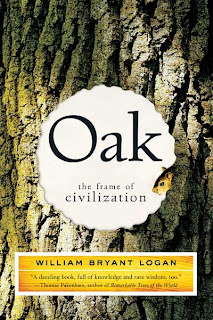 After reading Dirt, I sought out other books by the author.  I think I connected with Oak a bit more than Dirt because of the results of wood seem to yield an abundance of objects and the connection with imagination and making.  A few excerpts from the book that I find the most interesting:

"In most tribes, only a woman and her daughters had the right to use her mortars and pestles.  When she died, one of her mortars would be broken and buried upside down."

"The hollows in them have been used as post office boxes around the world, and people have hidden precious items in them."

"...the oak often bearing red galls, which were the source of red dye for royal robes."

"...oak itself became the prime materials of the crafts that helped hominids become humans."

Objects as offerings - back to Neolithic, throw objects in the fen from a wood island.  "There were until modern times more than three thousand "holy" wells, springs, pools, and bogs in Ireland alone.  Clothing, pins, jewelry, buttons, buckles, brooches, coins and little stones were regularly thrown in to them or piled or hung beside them."

"It was the first durable material in the West that could be transformed by individuals into shapes that they saw in their minds."
Posted by Laura Mongiovi at 1:22 PM No comments: